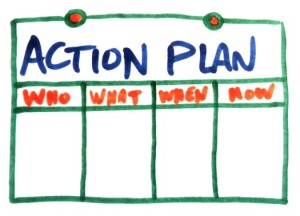 I promised some more on politics, so I thought I would share with you my post EU Referendum Action Plan. A few things have become clear in the last week.

So, what am I doing about it, and what might you consider doing?

If you’d consider joining either the Conservative or Labour parties, then you can have an immediate influence on the direction of them as both seem likely to have leadershop contests – Conservatives confirmed, Labour a strong possibility. If it’s the Tory’s for you then ytou get a direct say in whop the Prime minister is – even if they just hold the fort and call a snap general election.

Depending on the outcome of a Labour party leadership contest there may even be a split and different choices to make.

I’ve made my choice and signed up, and I intend to get properly involved – at the very least attending local meetings to try and unpick what is going on.

Of course there are other political parties too, but, with the current electoral system in the UK I think one of these two is going to return a majority or lead a minority government.

Maybe you want to the EU Referendum to be run again?You could sign the petition here.

Perhaps you think we should scrap the First Past the Post system and have a government elected by proportional representation? You could join the Electoral Reform Society

Perhaps you think that the time of a non-political head of state (if such a thing really exisits…) is archaeic, and that we should have an elected president? If so, perhaps Republic is for you?

You might want to cut through the referendum stuff and focus on refugees( British Red Cross, Refugee Council, Refugee Action) , or fighting against austerity (People’s Assembley).

Maybe your passion is against Fox Hunting? Or perhaps you think the ban should be lifted?

In truth, there are many groups fighting for different causes. In my experience you pay your membership fee, often get asked to donate more on a regular basis and get lots of information about there activities. You get out what you put it in however, so be prepared to get involved.

The referendum result seems to have made some people think it is OK to be racist – openly and in public. There is some debate over if incoidents have increased or if they have just been more widely reported, but the Manchester Tram incident has been particularly high profile – and thankfully arrests have been made. The Safety Pin campaign is one way to show you are approachable, you could also support Hope Not Hate or Unite Against Facism.

An additional fear post Brexit is a reduction n workers rights. I believe the best way to fight against this is to be a part of a trade union – or professional association depending on what you do. I’m a member of Unite which covers many different industries. Check with your employer which union or unions are recognised by them, and then have a look at your options. Again – you get out what you put in, and unions will offer training and support if you want to get more involved