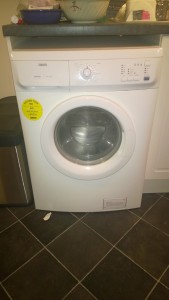 … in this world nothing can be said to be certain, except death & taxes.

Until you have an ileostomy, and then you can be sure of one other thing – the occasional leak. This morning’s leak was small, but did result in a change of bed sheets. Thankfully it was at about 7.30am rather than the middle of the night. So what do I mean by leak, and how does it happen?

As I said, this mornings was just a small leak. When you get a big one, it can mean whole bed changes, or, if it happens in the day time, full clothing changes – although usually in the daytime you can feel it’s happening and rush to the toilet to change the bag!

Hopefully they won’t be too regular a feature…

This post is part of a series telling my #StomaStory. Please share it, and if you’d like to donate to Crohn’s & Colitis UK and the Ileostomy Association, you can via http://uk.virginmoneygiving.com/RichardHarris19